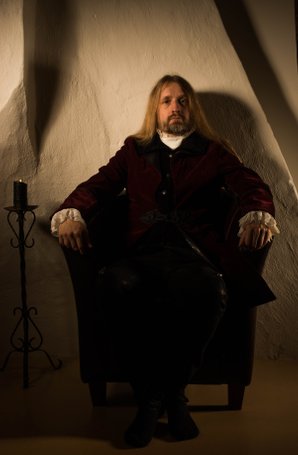 My research focuses on network studies of global politics and how political ideas are formed and spread geographically. I have, among other things, looked at how non-state actors are involved in decision-making and how different forms of resource dependence affect the behavior of organizations'.

In my dissertation Ordo ab Chao (2012) , I analyzed the EU's biofuel policy. The purpose was to gain an understanding of how it emerged and which actors shaped the process. I studied the uncertainties, benefits and dangers posed by the various parties and how this changed over time.

I have also studied in detail how the climate issue developed and which actors drove this. This resulted in the books Domedagsklockan (The Doomsday Clock) (2013) and Rockefeller - Controlling the Game (2019).

In my latest book, The Global Coup d’état, I review how the balance of power has changed in the world with the emergence of supranational organizations and networks operating across national borders. In particular, this relates to how the declaration of the pandemic in March 2020 was a trigger for the implementation of a new world system centered around the UN, the World Economic Forum and the G20.

In my new series of articles, I analyze the United Nations' Our Common Agenda and the construction of the new multilateral system. This is supposed to result in a new book.

I also run the Temple of Solomon project where I combine my musical work with a series of lectures about the songs on my band Wardenclyffe's latest album. This provides a more historical background to the ideas of a united world community and its connection to occult / religious ideas. This will also be released in book form in the future.

Previously, I have studied the challenges and changes that society is considered to need to undergo due to reduced assets of fossil energy (such as Peak Oil) and how this is met in relation to the interests of various actors. This includes how control over energy and food production is used / has been used as a method of exercising power over other states and regions.