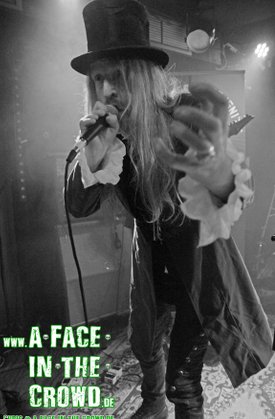 "The Mad Doctor" in Wardenclyffe.

Music is a great passion. I started composing already in the third grade when I thought the recorder songs were too boring. Countless forgotten pieces were also made when I walked from the school bus to home.

Then when I was about to turn 15, I wanted an electric guitar as a birthday present. My father and I went to Eskilstuna and bought an Aria Pro II. This changed my life fundamentally and my sullen teenage outlook suddenly disappeared.

I took a course in electric guitar playing where I was taught by one of the guitarists in the city's top Heavy Metal bands. It felt big. I had ended up right. With my brother on drums, self-composed pieces were performed in the basement of the family's villa in Katrineholm. I gave us the name Hardware and drew my own logo.

After a few years, I was recruited to the band Gonzola, which after countless name and member changes turned into the death/thrash metal band Captor. I stayed there until 1994 and experienced both success and disappointment.

A few years later I returned to music through The Doomsday Cult. There I got to develop as a singer. The pace was significantly slower than in Captor. Just when we got wind of a career, however, the band split up.

Today is the third time. In 2011 I decided to start a band where I would have an outlet for my creativity as both a lyricist and a composer. Wardenclyffe came into the world. 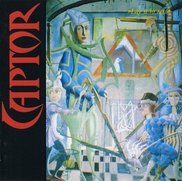 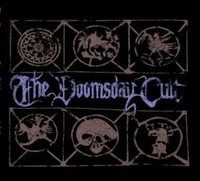 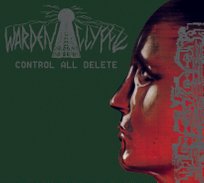