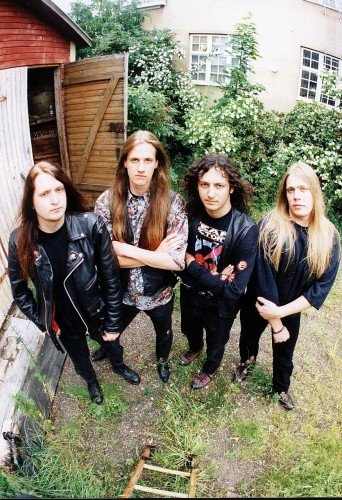 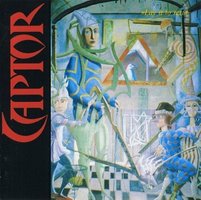 Lay it to Rest

The precursor for Captor arose in Katrineholm, Sweden sometime in the fall of 1985 and I became a member at the beginning of 1986. At that time we went by the somewhat cheesy name Gonzola. Several name changes were made before we decided to call the band Captor. By then we had also learned to play more seriously. We were totally into the Thrash Metal scene at the time.

The first batch split up in 1989 when military service made it difficult to rehearse continuously. Late in 1989 I formed the second edition of Captor together with guitarist Niklas "Kula" Kullström. I then switched from guitar to bass.

We were inspired by bands like Coroner and gained a reputation for being innovative.

With guitarist Fredrik Olofsson and  drummer Angelo "Diddi" Mikai in the fold we entered the studio in November 1991  to record our first professional demo "Memento Mori".

Just six months later we returned to the studio (Gävle Ljudstudio) to record "Domination". This time the result was even more successful. The songs were "T.D.L", "Trail of Death" and "Domination" and the sound had more of a death metal feel. However, the lyrics were political and philosophical.

In February of the following year we entered the studio to record the full-length "Lay it to Rest". Again we went to Gävle and stayed for two weeks to record 11 songs and an intro. After that we got a contract with the small record label Eurorecords.

1994 was my last year in the band. We recorded a new demo where I only handled the vocals. Magnus Fasth took over the base. Now we were looking for a new contract.

One of the songs from the demo, "Confronting the System", also became a video.

It was one of our best songs while the rest of the demo wasn't quite up to par.

However, I increasingly lost motivation and a few months later I was out of the band. It was a bit of a shock and it would take six years before I played music again. Soon after, Captor released their last record "Alien Six". There wasn't much left of the band I had started. The sound was completely different and no original members were left.

However, many old fans have remembered the Lay it to Rest setting, which resulted in the American record label Dark Symphonies re-releasing Lay it to Rest together with the demo recordings in 2019.

On December 7, 2018, we had a release party at my old favourite pub Broadway in Norrköping, where a bunch of faithful old fans from the 90s showed up. 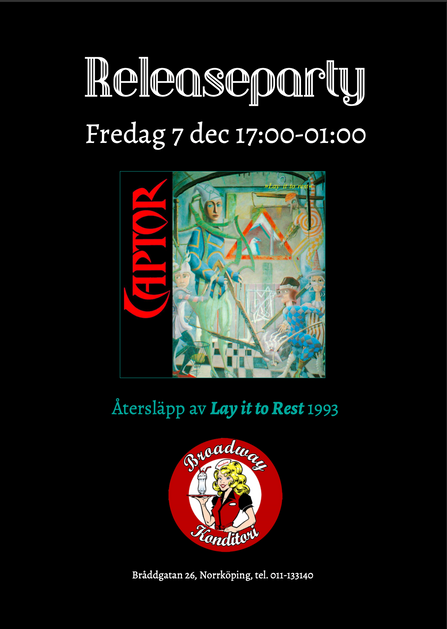