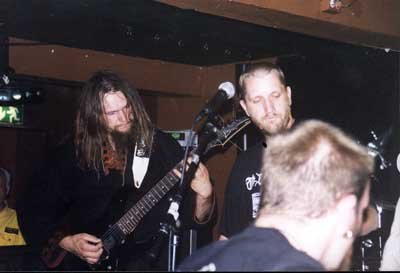 The Doomsday Cult was formed in 2001. For some time I had been discussing ideas about forming a band together with Ola Blomkvist. We got to know each other when we organized a good friend's bachelor party together in 1999 and discovered that we shared the same passion for doomsday riffs and existential questions.

The band was completed by Dennis Ohlsson on drums and Per Bråddesson on lead guitar. I myself took care of bass and vocals while Ola took care of the backing guitar.

The career was quite short. We released two demos. Samarithans of Misery in 2002 and A Language of Sad Spirits in 2004. During that time we played live on three occasions. The last time was at the festival Doom Shall Rise in Germany (April 2, 2004). It could be seen as the peak of the career and we would certainly have arranged a record deal if we had continued. Instead, the band split up shortly after returning home. Ola formed Griftegård instead. I myself was without a bond and instead devoted my time to studies.

In 2011, Ván Records released the album A Language of Misery where both demo tapes were included along with the unreleased track "A saint without a God" and the single version of "Like leaves they fall". Ola was responsible for the brilliant design of all covers. The cover for the demo album A Language of Sad Spirits he did by hand. An outstanding piece of craftsmanship that was only made in a few copies. 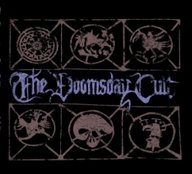 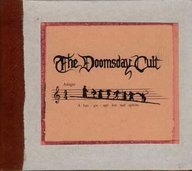 A Language of Misery

A Language of Sad Spirits